Man Goes Viral For Helping A Stranger Fix His Tie

6:03 AM
shanka
In a time when negativity and hate spills through the news, an elderly couple is going viral for their selfless good deed. 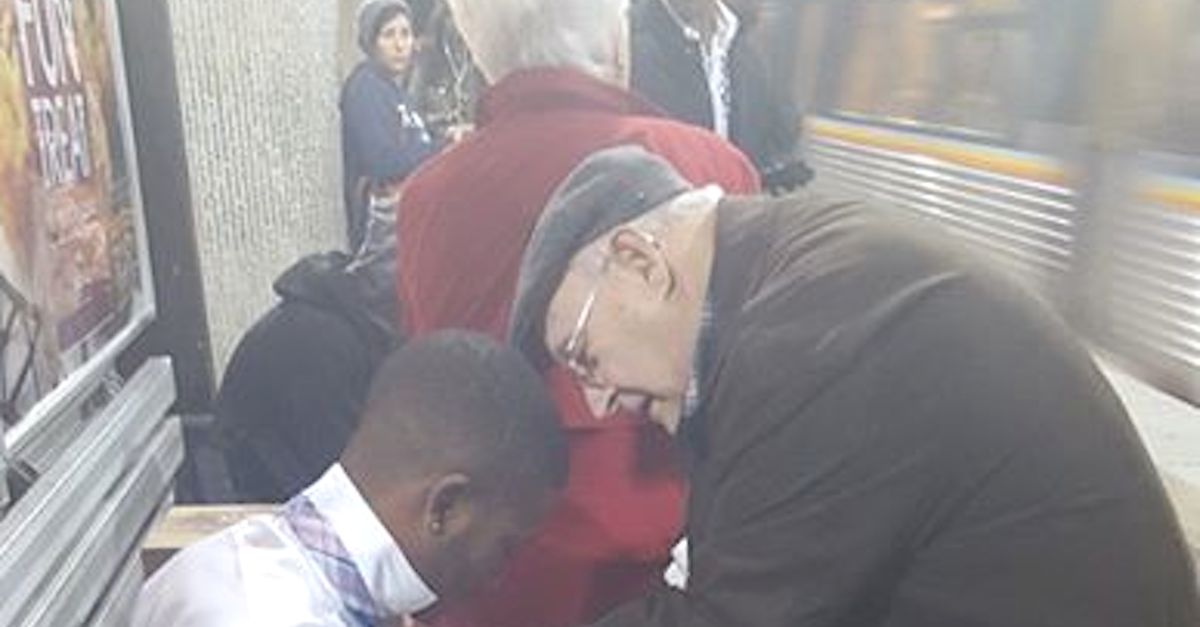 While waiting for the train at the Lindbergh Center MARTA station in Atlanta one day, the wife noticed a younger gentleman struggling to fix his necktie.

The caring lady quickly turned to her husband and asked him to offer some help. Without hesitation, he quickly adjusted the stranger’s tie, just like the police officer who helped a senior citizen with the same wardrobe malfunction.

Fellow commuter, Redd Desmond Thomas, witnessed the heartwarming moment and shared it on his Facebook page.

“I was some distance away (but close enough to hear the exchange), and got even closer to snap this candid photo of the tutorial in progress before hopping on the train,” Thomas wrote.

While the people photographed haven’t been identified, the image quickly went viral and touched hundred of thousands of people across the world

View the beautiful photo below… 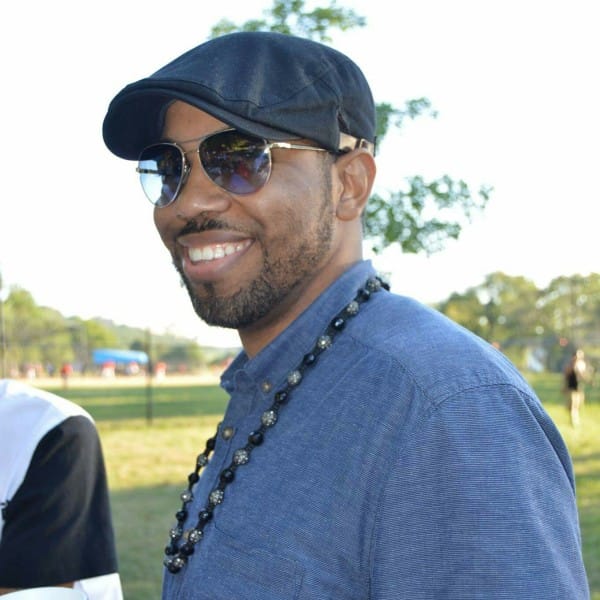 As Redd Desmond Thomas sat at the Lindbergh Center station in Atlanta, he witnessed a compassionate moment between two strangers and immediately shared it on his Facebook.

The image (below) shows an older gentleman helping a younger man fix his tie.

“The young guy sitting down was struggling with his tie. The woman in the red coat noticed, and asked, ‘Do you know how to tie it properly?’ The young guy said, ‘No ma’am.’ She taps her husband and says, ‘Come to this side [her right side; he was standing on her left side] and teach this young man how to tie his tie,’” Thomas wrote. 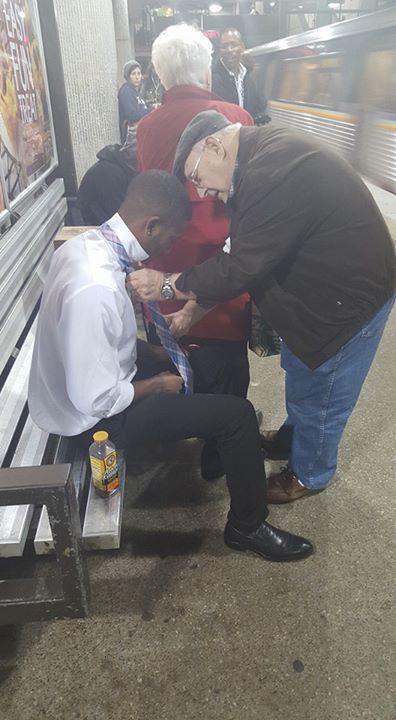 “The older gentleman moved without hesitation [almost a reflex response—] and gave him a step-by-step tutorial; then — afterward — the elder gentleman watched the young gentleman repeat the steps and show him that he had it,” he added. “I was some distance away (but close enough to hear the exchange), and got even closer to snap this candid photo of the tutorial in progress before hopping on the train. I LOVE THIS!”

And Thomas wasn’t the only one blown away by this.

Hundreds of people also commented with positive thoughts. Some even wrote that it restored their faith in humanity, as you’ll see below. 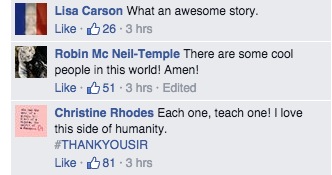 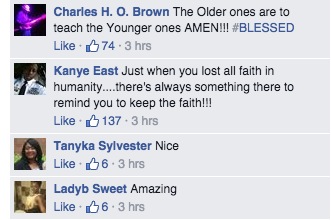 With so much negativity in the world, this beautiful moment between strangers proves that Good Samaritans are still all around us.

Please SHARE to encourage others to also help a stranger in a time of need!
Source  : michaelbaisdennow