9:21 AM
shanka
Angel thought it was a regular day at work. She thought she just was training a new associate at Modell’s — but she was really on Undercover Boss. So she wouldn’t suspect a thing, Angel was told she was being filmed for a documentary. 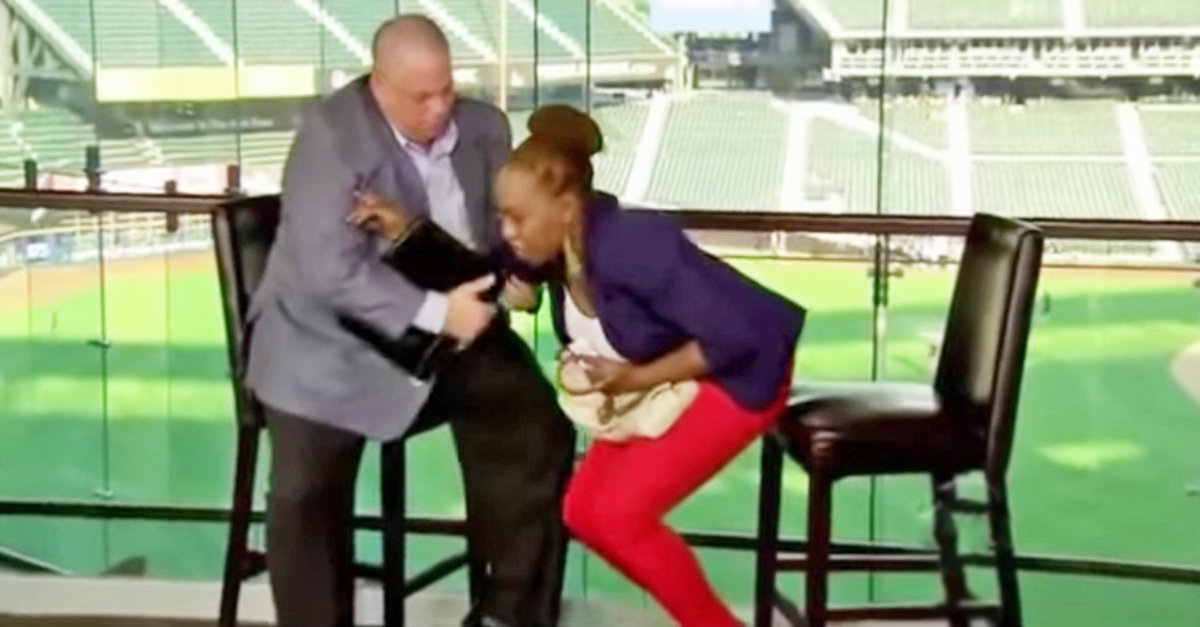 What she didn’t know was that the trainee was actually Modell’s CEO Mitchell Modell. He shaved his head and grew a mustache as a disguise.

The goal of Undercover Boss is for CEOs to see what working for them is really like. Some employees get fired for bad behavior, but in most instances the bosses realize that their employees deserve better.

However, Mitchell is brought to tears when Angel gives him a pep talk.

“I love this job… but it hasn’t always been this way,” Angel confesses. When Angel turned 25, she became pregnant and lost her old job as restaurant manager.

“We’ve been homeless for a long time. We live in a shelter now,” the single mother says. “It doesn’t matter, though. I don’t want you to feel sad for me.”

Little did she know she was confessing to the one man who had the power to change everything. Mitchell was absolutely appalled that his company didn’t pay his employee enough to afford a home.

In the big reveal, he tells Angel who he really is, he gives her a $14,000 raise, and get this: a tax-free check for $250,000. Angel’s reaction is perhaps the most powerful I’ve ever seen, as she keels over to the ground.

Please SHARE with your family and friends if you think Mitchell is an amazing boss!