Home » »Unlabelled » How to See Auras

How to See Auras

9:26 PM
shanka
A field of energy surrounds the human body. Some people perceive this field as light and identify it as an aura. People with High Sensory Perception (HSP) are capable of diagnosing mood, personality, and health-related issues through the reading of the aura.

The first time that I saw a human aura was at a meeting. I was watching a man speak at the front of the room and began to see a bright blue glow surrounding his head. Though the thin glow was distinct, I thought there was something wrong with my eyes. Perhaps it was the fluorescent lights that were causing me to focus incorrectly, or perhaps my eyes were just tired. 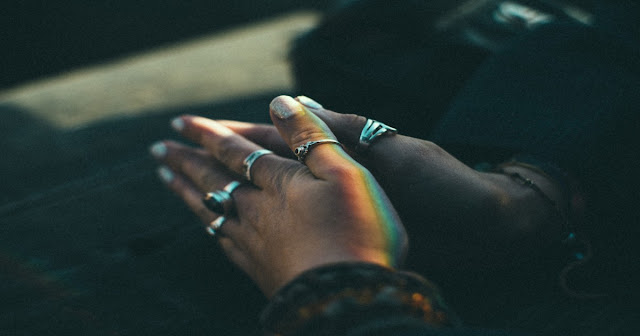 When the next speaker got up, I could see a glow around her as well. As she moved her head, a thick trail of blue light remained behind for an instant, and then followed her. That night, those were the only two people around whom I could see this glow. I could not ignore the fact that I had seen something, but I couldn’t explain it.

When I got home, I started to document my experience and realized something very important. I had seen a glow around two people, and each was different. If it were just a trick of the light, the glow would have been the same. If it were a problem with my eyes, the glow would have been the same. I had seen auras for the first time.

Since then, I have seen the human aura countless times. I do not see them all of the time. If I happen to tell someone about this ability, they usually ask if I can see their aura. For me, it doesn’t happen that easily. I am still learning how to turn this ability on and off.

Sometimes it takes me by surprise. One day, a young woman came up behind me and called my name. When I turned around to look at her, I saw her surrounded by a distinct bluish glow, coloured like a gas flame. Though I was impressed, I didn’t say anything about it. To me, it is still not socially acceptable to turn to someone and tell them that you can see their aura.

Do you remember seeing 3-Dimensional pictures on calendars or posters? The picture is a mass of colour, something like a mural, with many small shapes repeated. However, as you stare at it, a form becomes visible. Eventually, in the mass of colour you can very clearly see a butterfly, a tree, or another shape. In order to see the shape, you must change the way that you focus your eyes. Seeing auras is also a result of changing focus.

Normally, we tend to look at the physical presence. When we look at the person, we tend to look them in the eye (or surreptitiously look at their body). When you look at a physical object, you are actually seeing a reflection of light from that person or object. Instead, you must see through the reflection to see the energy radiated. This is accomplished by focusing on a point behind your subject.

It is not always easy to do. When I try hard to see an aura, I often cannot. Do not be disappointed if you try and try and cannot see them. Simply relax your eyes and accept that auras exist. Sooner or later they will begin to appear.

The human aura is a reflection of who the person is and what they are feeling. People emanate different auras at different times. An aura is like a portrait and these portraits appear in colour. Some people can perceive your aura, visually, emotionally, or by touch.

Auras are real. I can see the light. So can you.

Transformational Exercises
1. Are you aware of your ability to see auras?
2. How does your belief system affect what you see?
3. Practice seeing auras on plants, animals, and humans.