Home » »Unlabelled » What did Lord Buddha really have to say about God?

What did Lord Buddha really have to say about God? 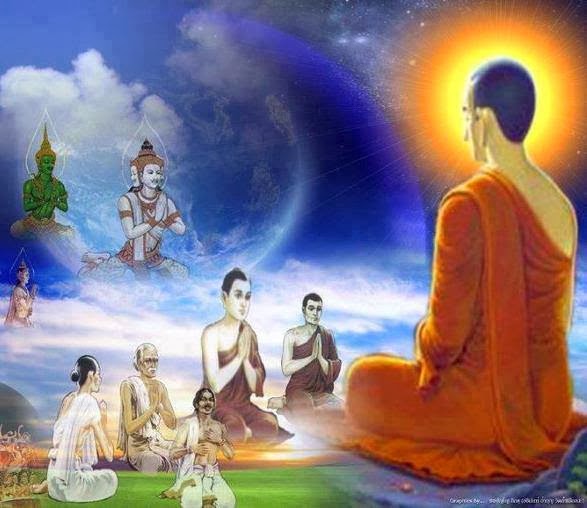 At times, He did remain silent on this topic. But there is an account given by Him on the genesis of the "Creator" and this should settle the issue. But before going on with that, we should note that Buddha was not an agnostic (one who does not know). In fact, He was a gnostic or 'one who knows' (in Pali- "janata") and was also called "Sabbannu", the 'All-knower". This means that to whatever subject Lord Buddha attended to, He knew all the contents of that subject. It does NOT mean that He always knew everything about every subject all at once, for this very claim was one He emphatically and specifically denied about himself
.
Now, to settle this question of "God" we can investigate. It happens that in the beginning of a new cycle (after one of the periodic cosmic collapses), a being according to his or her kamma (karma) is reborn into a heavenly realm or state where no other beings are to found. (That one's kamma being a condition for the arising of that particular heavenly experience.) That one does not remember her or his past life among other "gods" in the "higher" heavenly realms, and comes to believe during the passing of ages that s/he has lived there forever. With the passing of immense time spans, that one wishes for the company of others and then, since according to their kamma some other beings appear in that realm, s/he comes to believe that they were produced by her or his will. From this s/he goes on to glorify herself or himself, her or his supposed "creation" and this aids that being's vanity since such a being does not remember the past life it was subjected to and so imagines that it is a creature of Brahma.

One of these great Brahmas called by the name of Baka, was made to see the emptiness and futility of his claims to eternal existence and creatorhood when Lord Buddha while in meditation paid a visit to that realm. And not only that, the "Buddhist" attitude to Brahma or God or "the Creator" is fairly if somewhat seemingly acridly summed up in these translated verses:

Why does not Brahma set his creatures right?
If his wide power no limit can restrain,
Why is his hand so rarely spread to bless?
Why are all his creatures condemned to pain?
Why does he not to all give happiness?
Why do fraud, lies, and ignorance prevail?
"He who has eyes can see the sickening sight;