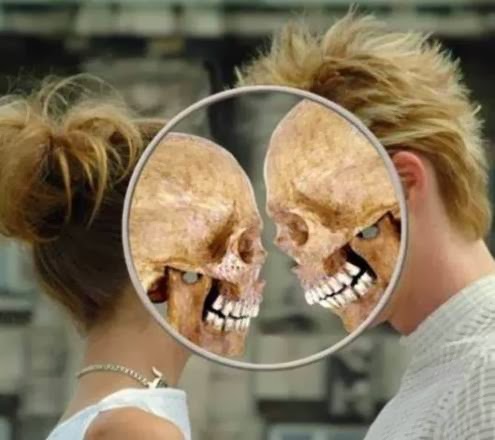 unsatisfactoriness and selflessness in the forefront, is it possible to speak of a concept of beauty in Buddhism? Has it not often been suggested that Buddhism is a religion of pessimism and that with its doctrine of renunciation Buddhism would have very little to do with notions of beauty? Although these remarks may at first appear to be very convincing,

In this manner the Buddha admitted the presence of unsatisfactoriness or suffering in the world, and by a method of analysis he pointed out to his disciples that attachment to things, without a correct view as to their true nature, was the cause of this suffering. Impermanence and change are inherent in the nature of all things. This is their true nature and to know it as such is the correct view, and as long as we are at variance with it we are bound to run into conflicts. We cannot alter or control the nature of things. If we attempted to do so, the result then would be `Hope deferred make the heart sick’. The only solution to this lies in correcting our own point of view. The Buddha has declared that the thirst for things, no matter what they are, begets sorrow: taṇhāya jāyati soko. When we like persons or things, we wish that they belonged to us and were with us forever. Consciously or unconsciously, we wish for permanency of possession. We do not stop to think about their true nature or in our great enthusiasm refuse to think about their true nature.
We do not wish to entertain in our minds such concepts like loss, separation and destruction. We expect things and persons to survive time. But time devours everything [kālo ghasati bhūtāni]. Youth must yield to old age and the freshness of the morning dew disappears before the rising sun. Both are expressions of the natural law of change. When the Buddha lay in his death-bed at Kusiṇārā, his disciple and close attendant Ānanda, who had not yet gained true insight and become an arahant, was unable to bear the grief on hearing about the imminent death of his master. So the Buddha, in his admonition to weeping Ananda, whom he had promptly summoned, said:
"Grieve not, O Ānanda, lament not. Have I not already told you that from all good things we love and cherish, we would be separated, sooner or later. That they would change their nature and perish in their own way. How then can the Tathāgata not pass away? That is not possible"
[DN.II. p.118]
This is the philosophy which underlies the doctrine of tilakkhaṇa or the Buddhist view of life and the world. All Buddhist values are based on this. The Buddha expected of his disciples, both laity and clergy, good conduct and good behavior and decent standards of living in every way. He never lost sight of the fact that they had a part to play in both religion and society. With him, plain living did not amount to degenerate human existence. The Dhammacetiya Sutta of the Majjhima Nikāya [MN.II. p.118.ff.] clearly expresses what the saner men of good judgment thought of ascetic life as it was practiced in India at the time. Thus said King Pasenadī of Kosala: `There I see recluses and Brahmins become emaciated and lean, discolored and looking very pale. The veins have become visible all over their bodies. People will not be delighted to see them, I fear’.
In the Pāli original of this, there is a phrase which is of interest to us: `nacakkhum bandhanti janassa dassanāya.’ This means that they do not catch the eye of the onlooker. Here, we have one definite notion of beauty. An object of beauty is something which we are pleased to see. Hence, we get the term pāsādika [pleasant or pleasing to look at] used over and over again with reference to the dress and demeanor of the Buddhist monk. Of personal cleanliness, decency and decorum, the Buddha spoke in praise, not only for their own sake but also because of their social implications. Among the regulations governing the monastic life in Buddhism there are many instructions which bear testimony to this. Healthy living has been the sine qua non of Buddhism. Ārogyaparamā lābhā [Dhp. v. 204] or freedom from disease, the Buddha said, is the greatest gain. This attitude, in addition to safeguarding the general health of a people, also resulted in creating an environment which is aesthetically pleasing. And the following passage from the Mahāvagga of the Vinayapiṭaka clearly illustrates that the simple life which the Buddha advocated was not without standards.
If there are cobwebs in the vihāra or the place of residence, let him remove them as soon as he sees them. Let him wipe off the casements and corners of the room. If a wall which is coated with red chalk is dirty, let him moisten the mop, wring it out, and scour the wall. If the floor is coated black and is dirty, let him moisten the mop, wring it out, and scour the floor. If the floor is not blackened let him sprinkle it with water and scrub it in order that the vihāra may not become dusty. Let him heap up the sweepings and cast them aside. Let him bask the carpet in the sun, clean it, dust it by beating, take it back, and spread it out as it was spread before’ [Vin.I.48].


Thus we see that the Buddha was no ascetic who attempted to elevate the soul by resorting to forms of conduct which are repulsive and debasing. But beauty, the Buddha maintained, if one does not understand the true nature of objects of beauty, may lead to grief and disappointment. It distorts values and upsets the standards of judgment. When beauty is limited to persons and things, greed and pride are the lot of those who possess them. If such things are not common and are not easily obtained, a man may be called upon to engage himself in eternal struggle to safeguard his exclusive possessions. On the other hand, those who have set unlimited values on their coveted objects of beauty but are not fortunate enough to possess them, will need great strength and courage to resist their feelings of jealousy and enmity towards those who have the good fortune to possess them. Here we are reminded of the story of Venerable Pakkha in the Theragāthā [Thag.v.63]. One day, going to the village for alms, he sat down beneath a tree. Then a kite, seizing some flesh flew up into the sky. Him, many kites attacked, making him drop the meat. Another kite grabbed the fallen flesh, and was plundered by yet another. And the bhikkhu thought to himself: `Just like that meat are worldly desires, common to all, full of pain and woe’. And reflecting thereon, and realising how they were impermanent he resolved to carry out his mission in full. He sat down for his afternoon rest, and expanding insight won arahantship
It becomes clearly evident from these that the Buddhist does not avoid objects of beauty nor does he run away from them. He only refrains from making them the basis for strong and individuated likes and dislikes. Whatever there is in the world, pleasant and loveable, we are attached to them, and we develop a dislike towards their opposites. Placed in this philosophical setting, the Buddhist recognizes beauty where the senses can perceive it. But in beauty he also sees its own change and destruction. He remembers what the Buddha said with regard to all component things, that they come into being, undergo change and are destroyed. Therefore the wise man acquires a greater depth of vision. His admiration is not colored by a greed for acquisition and possession. The disciples of the Buddha understood this and proved it in their own lives. There was Venerable Sappaka, who taking from the Buddha an exercise for spiritual culture, went to the Lonagiri Vihāra on the banks of the river Ajakarani. There was beauty all around him and the peace of the place seems to have satisfied him so much that after his enlightenment he decided to make it his permanent abode. We see his heart filled with joy as he describes the beauty of the place. But note what a remarkable sense of detachment he yet displays. When I see the crane, her clear bright wings
“Outstretched in fear to flee the black storm cloud, A shelter seeking, to safe shelter borne,
Then doth the river Ajakarani give joy to me.
Who doth not love to see on either bank Clustered rose apple trees in fairy array behind the great cave of my hermitage
Or here the soft croak of the frogs, well rid of their undying mortal foes proclaim: Not from the mountain streams isnt time today to flit. Safe is the Ajakarani.
She brings us luck. Here is it good to be.”
Thag.vv.307-310 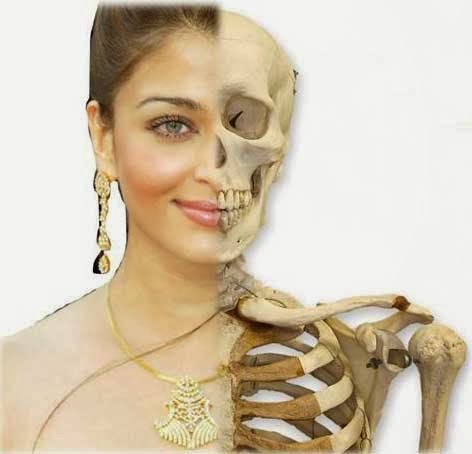 In the enjoyment of beauty Sappaka is not agitated. What needs ruffle him and disturb his peace?  There is nothing that he is in danger of losing and nothing that he needs to possess and jealously guard.
Herein the mind is freed from pettiness and strife, and therein man finds contentment and rest. Kassapa, the Great, reiterates the same with great conviction when he says:
Those upland glades delightful to the soul
Where the Kareri spreads its wildering wreaths,
Where sound the trumpet-calls of elephants:
Those are the braes wherein my soul delights.
Those rocky heights with hue of dark blue clouds,
Where lies embosomed many a shining tarn
Of crystal clear, cool waters. and where slopes
The `herds of Indra’ cover and bedeck:
Here is enough for me who fain would dwell
In meditation rapt, mindful and tense.
Thag. vv.1067f.
And as we have already stated earlier, the Buddhist does not build a wall around himself to shut out the world of sense experience. He remains within it. Does not Thera Kāludāyī who describes the beauty of the season speak like a poet or an artist?
Now crimson glow the trees, dear Lord, and cast
Their ancient foliage in quest of fruit.
Like crests of flame they shine irradiant,
And rich in hope, great Hero, is the hour.
Verdure and blossom-time in every tree,
Where we look delightful to the eye,
And every quarter breathing fragrant airs,
While petals falling, yearning comes for fruit.
Thag.vv.527f. 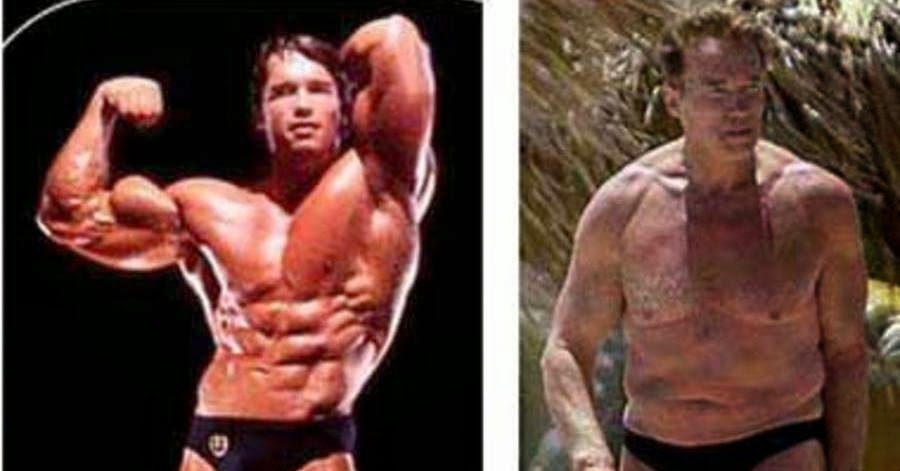 In him, it is not a mere passive eye that only records what is seen which is at work but also a heart that responds and reacts. But our Thera Kāludāyī does so with understanding and judgment. And this philosophical attitude of the Buddhist to beauty may best be summed up in the following words of the Japanese poet who sang:
“On Mount Yoshino each returning year,
How beautiful the cherries blossom gay.
Split the tree open wide and then draw near,
Tell me where the flower is now, I pray”.
This is the philosophy of change and continuity. And in it, fail not to see beauty which can forever be to man an unending source of inspiring joy. 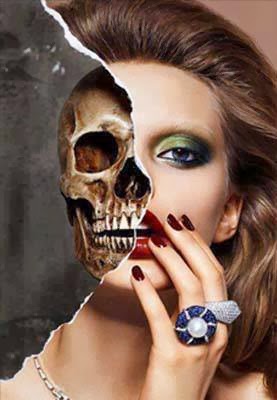