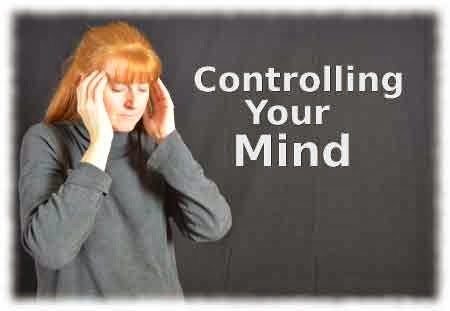 “I know but one freedom and that is the freedom of the mind.” ~Antoine de Saint-Exupery
Our mind is a funny thing. On the one hand, it’s awesome. But on the other, it can pulverize us more quickly and ruthlessly than anything else.
Our mind is inherently scared. That’s its job,


to be cautious; to keep us alive, to have us cross roads safely, and not get eaten by a lion. But left unchecked, it can become paralyzed with fear and meaner than a cornered crocodile.
And it’s incredibly bossy.
The tendency of the mind to want to control is so strong and so habitual that we often don’t realize the myriad of times it tries to push our inner wisdom and natural sense of ease and love aside.
The bad news is there is no book or course that will change the nature of our mind; the good news—we don’t have to. The problem isn’t our mind, but how we use it.
We feel anxious, fearful, sad, or resentful when we give our mind too much power, when we follow all of its dopey ideas against our better judgment.
Here’s how to spot when your mind is trying to take over.
1. When you ignore your natural inclination.
Your mind is smart. Not wise smart, but computer smart.
Your mind isn’t into all that woolly intuition jazz. It wants facts. It likes making calculations. Running the odds.
Say you have a thought to call a friend you haven’t thought of in years. But then your mind says, “Don’t be silly. He’s probably not home. He won’t remember me.”
So you don’t call.
But have you ever followed one of those inclinations and then looked back and seen, wow, look at everything that happened after?
And what about decisions like what to do with your life? The logical way is listen to experts or copy what works for other people. Your mind loves this.
This is why we ignore the little voice that says, “You should be a writer,” and choose instead to study statistics, because there are plenty of jobs for statisticians. Or we train to be a dancer because we’re “good at that.”
Except you aren’t “other people.” And experts aren’t as expert about you as you are. And just because you’re “good at something” doesn’t mean it’s what you want to do.
2. When you want to say “no” but you end up saying “yes.”
Do you have trouble saying “no”?
I used to. I didn’t even see it as a serious option until I was age twenty-three and so strung out from months of overdoing that I went for five nights without sleep in the middle of finals.
It was messy.
I thought there were rules more important than my deep desire not to do something. Rules like be a good friend, be a good student, go to lots of parties.
It took me months to recover.
This is, of course, a total mind thing. Your mind wants to be liked and it thinks everything is important.
Your mind doesn’t realize that saying “no” isn’t a big deal, or even a medium deal. Or that your intuition is where wisdom lies.
Not only is it your right to do as you genuinely desire, but it benefits everyone when you do.
I was watching An Angel at My Table recently, based on the autobiography of Janet Frame, one of New Zealand’s favorite authors. Janet spent eight years in a psychiatric hospital, had two hundred electroshock treatments, and narrowly escaped a lobotomy only to learn years later that she wasn’t unwell; she just didn’t like being very social, and if she did what she felt like she was fine.

3. When you constantly text or check your phone or email, or Facebook status.
I love the Internet and email and reading comments on my blog. Just love it. What an awesome world we live in.
But often I feel off balance because of it. Or rather, because of how I use it.
And it’s not like I don’t know why I get so hooked on it. I do. I’m looking for approval.
The need for approval goes deep. Not only is it a natural trait of the mind, it’s entrenched by our schooling system.
But it’s dangerous. It keeps you distracted from the present moment and trains you to care when people disapprove. Which they will.
The modern hyper-connected world is addictive. To the mind it’s like candy.
So what’s the answer? Give it all up?
Personally, heck no. But setting limits and removing temptation keeps things in check. 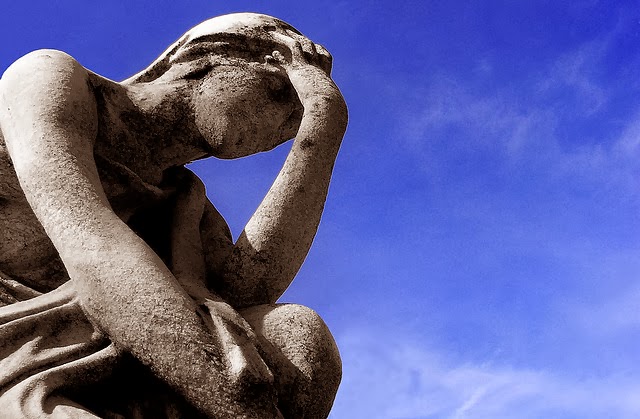 4. When you think, “It’s all very well for them.”
Have you ever heard an inspirational story and thought, “It’s all very well for him, he came from a rowing family. It’s easy for him to row the Northwest Passage.”
You see it all the time and it’s a classic case of your mind resisting change, worried you’ll want to make some leap of your own.
Take Elizabeth Gilbert and her book, Eat, Pray, Love.
It wasn’t a story about traveling around the world. Not really. It was about survival and courage and how one woman used the resources she had to save herself.
Thinking, as a few did, that it’s all very well for her she could afford to travel around the world is missing the point.
We all have the ability to get up off our metaphorical bathroom floor. And we all have our own unique set of resources to help us. When your mind is quickly dismissive and judgmental, it’s trying to stop you from seeing this.
5. When you think repetitive, worrying thoughts.
Getting OCD about washing your hands, turning off the stove, or locking the door before you leave is your safety-officer mind working overtime.
While the worry feels real and overwhelming, there’s no reality to it.
Don’t be pushed around by your mind. Thank your mind but tell it you’ll take it from here. Allow one double-check or hand wash. Now leave.
The trick is ignoring the unpleasant thoughts while knowing a bunch of more pleasant ones will be along shortly.
6. When you try and control someone else.
Have you ever thought you knew better than someone else and tried to get them to do things your way?
Just like dozens of times a day, right?
Your mind is certain you have to intervene. You don’t. Your mind thinks it knows best. It doesn’t.
Trying to control other people, in small and big matters, is not only annoying and disrespectful; it stops the flow of life. You miss out.
I don’t know how many times I’ve experienced a profound and unexpected pleasure after I’ve ignored the urge to butt in.


7. When you feel inadequate for being “too negative.”


We’re inundated with messages telling us we should be grateful and positive and the like. They’re well meaning, but ultimately unhelpful.
Because here’s the catch.


Your mind regards these ideas as rules and is critical when you fail, as you invariably will. Because seriously, who’s positive or grateful all the time?


A few years ago a friend told me I was a negative person.
My response: “Okay, so how do I change that.”
“You don’t,” he said, “You probably won’t always be this way. It’s just how you are right now.”
Whenever you feel inadequate, this is your mind pushing you to “follow the rules.” It’s well intentioned, but misguided.
Accepting how you are, no matter how you are, is the most loving and genuinely positive thing you can do.
And yes, this applies to when you’re being controlling.


It’s your mind’s nature to seek control. It’s neither a good or bad thing, it just is. Sometimes you’ll succumb, other times you won’t. And it’s all perfectly okay.
at 11:13 PM