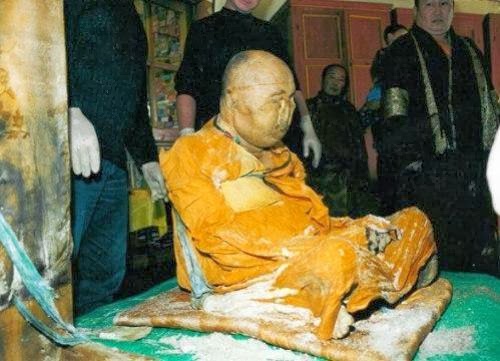 Hambo Lama Itigelov, born in 1852 always wanted to be a monk and that’s why at the mere age of sixteen he started his religious education from Anninsky Datsa, a Buddhist university in Buryatia, which is in ruins now. He became Pandido Khambo Lama-the head of Russian Buddhist in 1911During the First World War Itigelov created an organization called “Buryat brothers”. The organization helped the army with meals clothes and money. Itigelov with the
help of fellow lama brothers also built hospitals for the wounded soldiers.In 1926 Itigelov advised the Buddhist monks to leave Russia, since ‘the red teaching was coming”, though Itigelov never left Russia. A year later, when Itigelov was 75 he told other monks that he was ready to die and to begin meditation ceremonies and funeral rites, but the monks disagreed as he was still alive. So Itigelov started to meditate on his own and later the monks also joined him, Itigelov died while meditating.Itigelov had left behind a testament in which he had said that he should be buried in the same position that he was when he died, sitting in a lotus position. It was written in the language of Old Mongolian vertical script and was passed to Ivilginski temple from Inner Mongolia of China in 1996. He had also wished to be put in a pine box. His body was to be exhumed within several years by the monks, one of the clauses of the testament claimed. 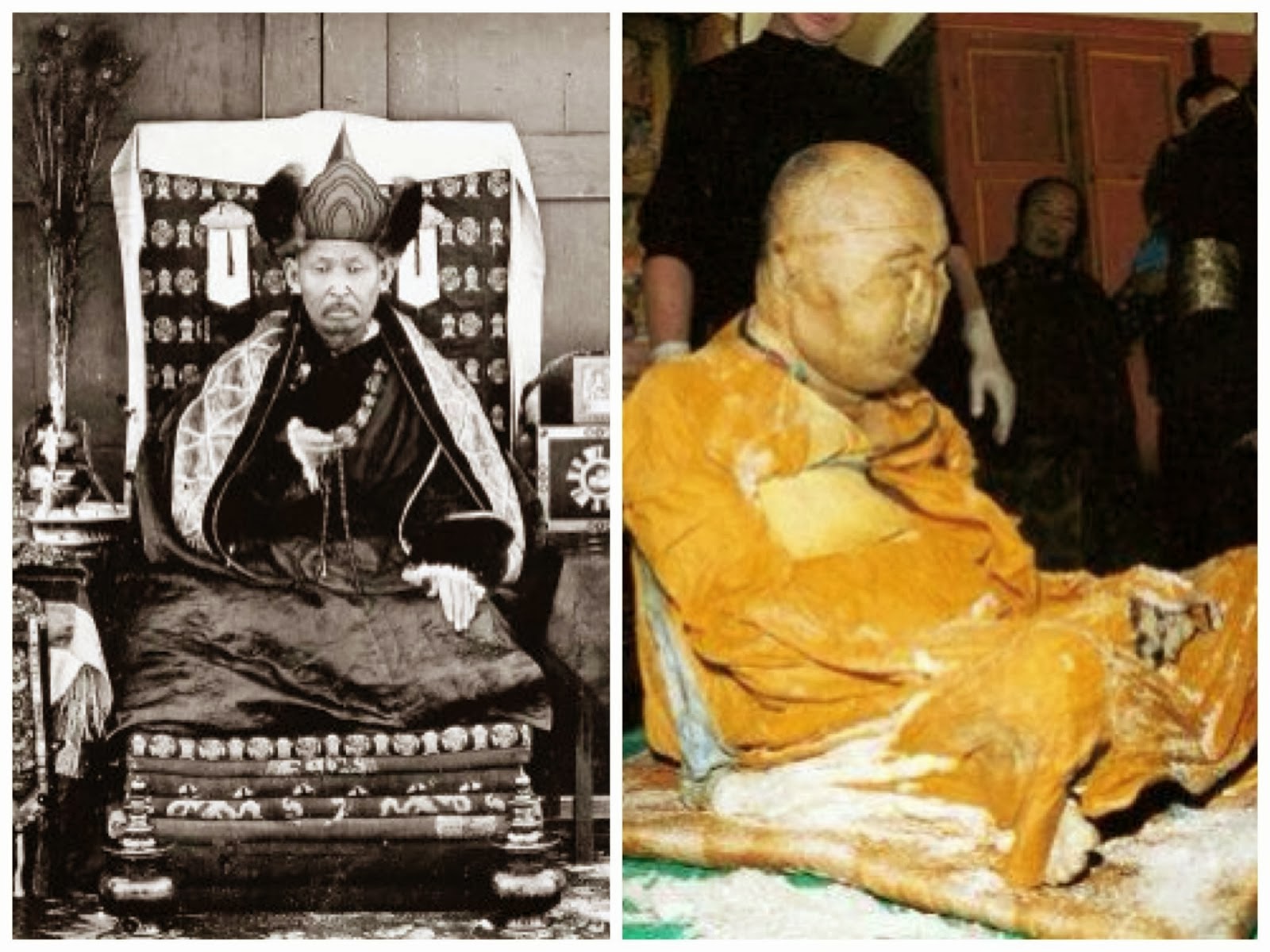 In 1955 and 1977, while Itigelov’s body was being taken out the monks were surprised to see no signs of physical decay on the body. The monks were too afraid to reveal this astonishing finding, since communist regime had not left any space for religion in society. It was only in September 11, 2002 that the body was finally exhumed in front of the members of Buddhist Traditional Sangha. The body was later transferred to Ivolginsky Datsan, a residence of today’s Hambo Lama. The body as examined by monks, scientists and pathologists. The statement was issued that:” the body looked like it died only 36 hours ago.” The body was well preserved, with no signs of decay whatsoever, whole muscles and inner tissue intact and with soft joints and skin all in place. For two years after the exhumation of Itigilov’s body it does not perish nor decay, no fungus, no negative things happen to it.The Buddhist monks approach him as a living person and shake hands with him. Some Monks even claim that Hambo Lama Itigelov is still alive and is in Nirvana like state.