Home » Life » Most Outrageous Purchases Ever Made By Professional Athletes
Life

Most Outrageous Purchases Ever Made By Professional Athletes

We all know that professional athletes make absurd amounts of money. Sometimes we even wonder how you can spend that amount of money and what you can buy when you have everything you need.

Most athletes do great things with their money, such as giving substation amounts to charity and other causes. However, some of them decide to spend their cash on the flashiest, biggest, and the ridiculous things they can think of. They are buying many expensive things, from exotic animals to fancy cars and even private jets.

We rounded up some of the most outrageous athlete spendings we could find, so let’s see the list. 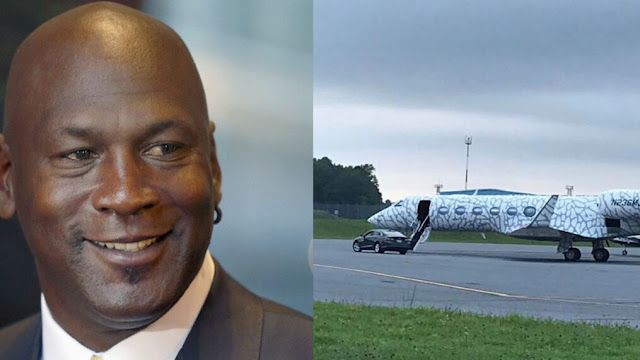 Many athletes buy expensive luxury mansions, but Tiger Woods went over the top with its $60 million purchase. It is currently the most expensive house owned by a professional athlete.

It is located in Jupiter Island, Florida, with a 100-foot long swimming pool, diving pool, 5,700 square-foot gyms, golf training studio, and even an oxygen room.

Who is the best shooting guard in the NBA history? It has to be Michael Jordan, probably the best basketball players of all time.

We know that many professional athletes, whether if they are retired or not, they like to travel by private jets. However, most of them spend from $6 to $15 million on their private jet, which is not the case with Michael Jordan.

He apparently wanted something that is big enough for him. After the purchase, it needed $1 million dollars in order to pass inspection.

This former star playing in the NBA is a big-time spender. He spends $675 for a car wash and $60,000 on a miniature train set for his kid. However, his most ridiculous possession is his pet sharks. He has a big aquarium that holds a few not so big sharks that require $5,000 a month for food and $1,500 a month for additional care.

Apart from his boxing career, Mike is also known for having few tiger pets in his garden. Back in the day, Tyson purchased a big house and multiple Bentley’s, but he was still not satisfied. After that, he decided to spend $140,000 on Bengal tigers.

Tigers are expensive pets, and you need to have a deep pocket in order to take care of them. Tyson spent more than $4,000 per month only on food and animal trainers for the tigers. Additionally, the tigers were insured, which cost $2,000 per month.

This wasn’t Tyson’s first ridiculous purchase. In fact, he once bought a whopping $2 million dollar bathtub for his first wife.

The famous golfer had many addictions such as drugs, smoking, and alcohol. However, his most expensive addiction is gambling. According to his recent book, he estimates that most of the addictions cost him between $50 and $60 million.

Once, Daly won a $750,000 prize playing in a tournament in San Francisco and went straight to Las Vegas casinos, where he spent $1.65 million in five hours only playing the slots.

The retired professional football player once bought himself for his 32nd birthday a custom super truck. This massively impractical truck costs from $90,000 - $115,000 only for the vehicle, not including customization.

This is not the most expensive vehicle owned by an athlete, but it is certainly one of the few that you’ll struggle to find its use. This is a massive truck that gets around 7 miles per gallon, so even driving it is very expensive.

These are some of the most outrageous purchases we’ve seen from professional athletes.

Since all of these things are published online, can you imagine what kind of purchases they make that they only keep for themselves?