Home » »Unlabelled » The Lie We Live..! Everybody should watch this video. I’m speechless. Spread It !!

The Lie We Live..! Everybody should watch this video. I’m speechless. Spread It !! 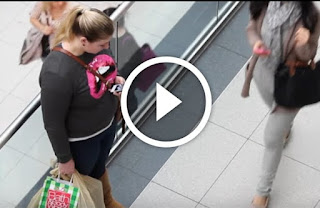 Freedom has been one of the major awards for which man has struggled throughout its existence. The power of decision is a fable that is currently possessed only by people, its a free course will that gives us the ability to guide our future.
We are currently subordinated by the economic power of great industries that control nonrenewable resources of our planet, a way to keep us controlled and manipulated under the nefarious capitalist markets.
The real freedom today can only be drawn in human imagination. But the media inoculated information in our subconscious, making us believe that we are masters of our actions. And the truth is: the more free we are, the more slaves we become.
If we lived in true freedom, we don’t have to meet all daily routines to which we are exposed. Work or go to school is one of the most tedious activities that the human being experiences throughout its existence.
The video below will show attests to the chaos in which the humanity is, a dark tunnel that predicts that we don’t have a brilliant start under the sun, but quite the opposite, our future is as dark as night.
In this video which is full of empty thoughts and unanswered questions although we boast of being an enlightened society, capitalist power is telling you what to think and how to act, which has generated an avalanche of chaos where they have gone harmed our environment, such as: animals and plants.
We are in many ways the cancer of the earth, the only species on this planet that ends its environment, even if our life depends on it. We are blind to the changes, but obedient to orders.
In the following link you will see a short which will show you part of this dark reality of the human being: