The 16 Rules of Modern Etiquette

6:46 AM
shanka
Courtesy isn’t hard to display — it amounts to respect for both yourself and others. But there are several nuances which only a small number of people seem to know. We collected a few rules which can make your life (and that of other’s) more pleasant. 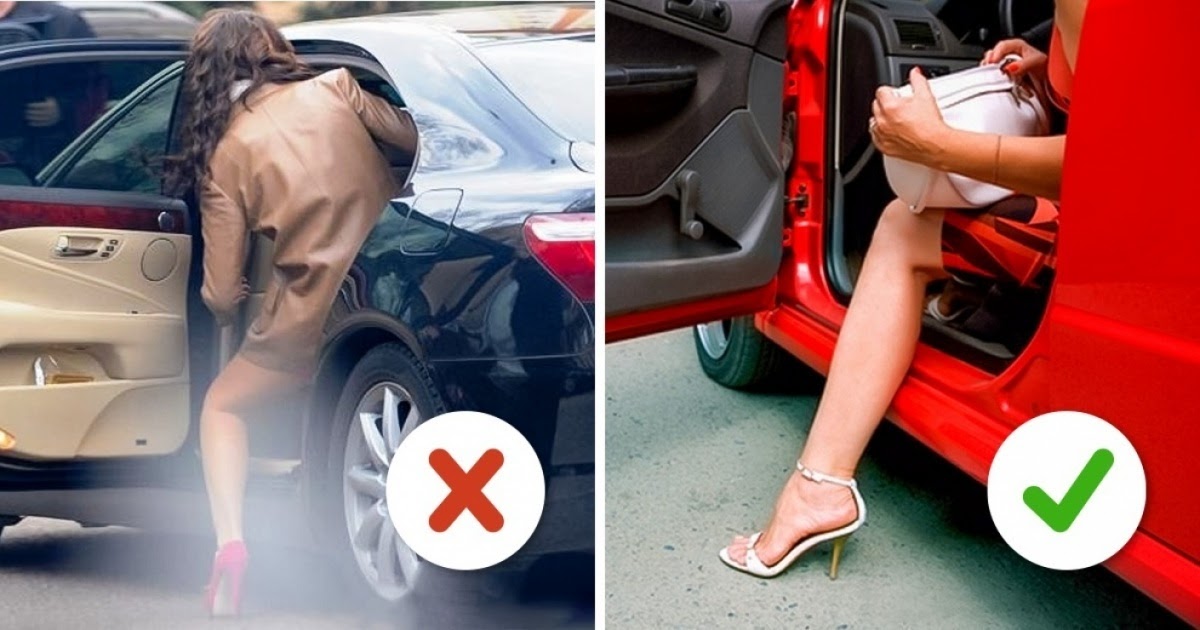 1. Never come to visit without a call.

If you’ve ever gotten a surprise visit, you might have been caught off-guard wearing a robe and slippers. One British lady liked to say that when she saw an unexpected guest, she would put shoes on, take a hat, and grab an umbrella. If the person was pleasant, she exclaimed: "Ah well, I just came!". If not, she said: ’Ah, what a pity I should go!’

2. Never dry an umbrella opened — neither in the office nor at someone else’s place.

You should fold it up and either put it on an umbrella stand or hook.

3. Never put a handbag on your lap or your chair.

A small and elegant clutch can be placed on a table. A handbag can be hung on a chair back or put on the floor if there isn’t one (these are offered in some restaurants). A briefcase should be put on the floor.

4. Plastic bags should only be used for going to and from the supermarket, as well as brand bags from boutiques.

Using them as handbags is a bit tacky.

5. Home clothes are pants and a sweater. Comfortable, but tidy.

6. When a child moves to his/her own room, make it a routine to knock before entering.

Then your child will do the same when entering your bedroom.

7. A woman can wear a hat and gloves indoors.

But not a cap and mittens.

8. The total number of accessories you wear shouldn’t exceed 13, including fashion buttons.

A bracelet is permitted to wear over gloves, but not a ring. The closer to the evening, the more expensive jewellery you should wear. Back in the old day, diamonds were considered an evening adornment for married women only, but nowadays it’s possible to wear them during the day.

9. In terms of ordering in a restaurant, saying ’’I invite you’’ means you pay.

If a woman invites a business partner in a restaurant, she pays. If someone says ’Let’s go to a restaurant,’ that means everyone pays for himself/herself; if a man offers to pay for a woman, she can agree.

10. The person who exits an elavator is the one who is closest to the door.

11. The most prestigious seat in a car is behind a driver.

And it’s for a woman. A man sits next to her, and when he gets out of the car, he holds the door and holds out a hand to the woman. If a man drives, it’s desirable for a woman to take the seat behind. However, wherever a woman sits, a man should open a door for her and help her to get out of a car. In business etiquette, men increasingly break this rule hiding behind a the slogan: ’There are no women or men in business.’

12. In the cinema, theatre, or concert hall, you should go to your seat facing those sitting.

Inappropriate question: ’What a dress! How much did it cost?’ How to respond? Smile and say: ’It’s a gift!’ Change the topic of conversation. If the person insists, say gently: ’I wouldn’t like to talk about it.’

14. Familiarity between people who hardly know each other is forbidden.

Treat the others the way you want them to treat you. Even if you know a person well, in the office you should act as if you were strangers. Yes, the same with your family members. Respect others.

15. Discussing those who are absent, when it is simply gossip, is unacceptable.

You shouldn’t run down your relatives, especially your spouse. If your spouse is so bad, why not to get divorced? It’s also forbidden to express contempt for your native country. ’This country is filled with misers...’ - well then, you’re one of them.

16. It’s better to make a secret of nine things:

And for the finale, Jack Nicholson about common decency:

’I think much of decency. How to pass a plate. Not to shout from one room to another. Not to break a closed door open without knocking. Let a lady pass. The aim of these endless simple rules is to make a life better. We cannot lead a permanent war with parents — it’s dull. I pay close attention to my manners. It’s not an abstraction, it’s a simple and comprehensible language of mutual respect.’