Home » »Unlabelled » The Position of Women in Buddhism

The Position of Women in Buddhism

3:49 AM
shanka
by Dr. (Mrs.) L.S. Dewaraja
Today, when the role of Women in Society is an issue of worldwide interest it is opportune that we should pause to look at it from a Buddhist perspective.
In the recent past, a number of books have been written on the changing status of women in Hindu and Islamic societies, but with regard to women in Buddhism, ever since the
distinguished Pali scholar, Miss I.B. Horner, wrote her book on Women under Primitive Buddhism, as far back as 1930, very little interest has been taken in the subject.
It seems, therefore, justified to raise again the question whether the position of women in Buddhist societies was better than that in non-Buddhist societies of Asia. We will look briefly into the position in Sri Lanka, Thailand, Burma and Tibet, at a time before the impact of the West was ever felt. 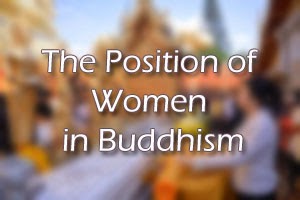