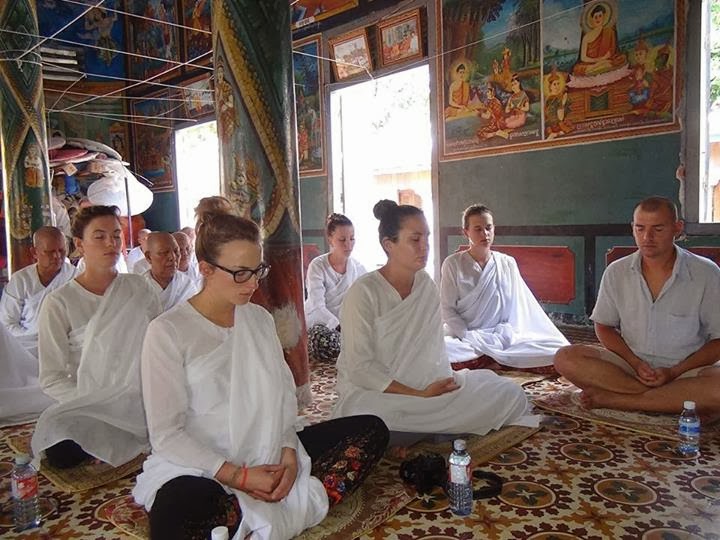 Observance of the five precepts constitutes the minimum moral obligation of a practicing lay Buddhist. These five precepts enjoin against killing living beings, taking what is not given (or stealing), sexual misconduct, false speech, and use of intoxicating drink or drugs.
The practice of Buddhist moral precepts deeply affects one’s personal and social life. The fact that they represent a course of training which one willingly undertakes rather than a set of commandments willfully imposed by a God or supreme being is likely to have a positive bearing upon one’s conscience and awareness. On the personal level, the precepts help one to lead a moral life and to advance further on the spiritual path. Moreover, popular Buddhism
believes that the practice of morality contributes to the accumulation of merits that both support one in the present life and ensure happiness and prosperity in the next. On the social level, observing the five precepts helps to promote peaceful coexistence, mutual trust, a cooperative spirit, and general peace and harmony in society. It also helps to maintain an atmosphere which is conducive to social progress and development, as we can see from the practical implications of each precept.

The first precept admonishes against the destruction of life. This is based on the principle of goodwill and respect for the right to life of all living beings. By observing this precept one learns to cultivate loving kindness and compassion. One sees others’ suffering as one’s own and endeavors to do what one can to help alleviate their problems. Personally, one cultivates love and compassion; socially, one develops an altruistic spirit for the welfare of others.

The second precept, not to take things which are not given, signifies respect for others’ rights to possess wealth and property. Observing the second precept, one refrains from earning one’s livelihood through wrongful means, such as by stealing or cheating. This precept also implies the cultivation of generosity, which on a personal level helps to free one from attachment and selfishness, and on a social level contributes to friendly cooperation in the community.

The third precept, not to indulge in sexual misconduct, includes rape, adultery, sexual promiscuity, paraphilia, and all forms of sexual aberration. This precept teaches one to respect one’s own spouse as well as those of others, and encourages the practice of self-restraint, which is of utmost importance in spiritual training. It is also interpreted by some scholars to mean the abstention from misuse of senses and includes, by extension, non-transgression on things that are dear to others, or abstention from intentionally hurting other’s feelings. For example, a young boy may practice this particular precept by refraining from intentionally damaging his sister’s dolls. If he does, he may be said to have committed a breach of morality. This precept is intended to instill in us a degree of self-restraint and a sense of social propriety, with particular emphasis on sexuality and sexual behavior.

The fourth precept, not to tell lies or resort to falsehood, is an important factor in social life and dealings. It concerns respect for truth. A respect for truth is a strong deterrent to inclinations or temptation to commit wrongful actions, while disregard for the same will only serve to encourage evil deeds. The Buddha has said: “There are few evil deeds that a liar is incapable of committing.” The practice of the fourth precept, therefore, helps to preserve one’s credibility, trustworthiness, and honor. 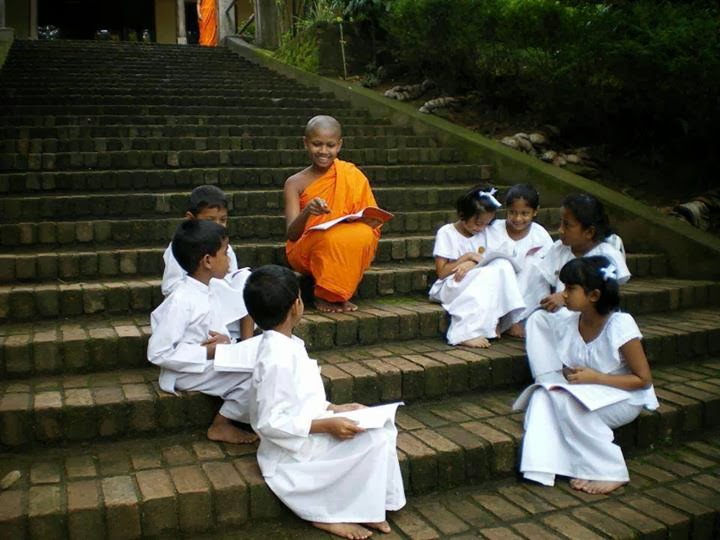 The last of the five Buddhist moral precepts enjoins against the use of intoxicants. On the personal level, abstention from intoxicants helps to maintain sobriety and a sense of responsibility. Socially, it helps to prevent accidents, such as car accidents, that can easily take place under the influence of intoxicating drink or drugs. Many crimes in society are committed under the influence of these harmful substances. The negative effects they have on spiritual practice are too obvious to require any explanation.

The refrain “I observe the precept of abstaining from …” which begins every precept clearly shows that these are not commandments. They are, indeed, moral codes of conduct that lay Buddhists willingly undertake out of clear understanding and conviction that they are good for both themselves and for society.
source : Buddhistpage.com
at 10:38 PM