Home » »Unlabelled » Lawmakers Are Pushing To Place Ban On Wearing Head Coverings In Public. Do You Support This?

Lawmakers Are Pushing To Place Ban On Wearing Head Coverings In Public. Do You Support This?

9:35 AM
shanka
Because more and more Muslims refugees are looking to start a new life in Europe, officials and lawmakers are faced with a choice. They can either adapt their society to fit these new people’s culture or they can demand that these new people who are seeking refuge in their country to adopt European culture. Switzerland is leaning closer to the latter.

Now Swiss lawmakers are inching toward imposing a nation-wide ban on face veils. This is a pointed gesture against the woman who wear burqas as part of the country’s small minority. But the country is afraid that people might be hiding behind these religious customs in order to inflict terror or crime on innocent citizens of Switzerland… 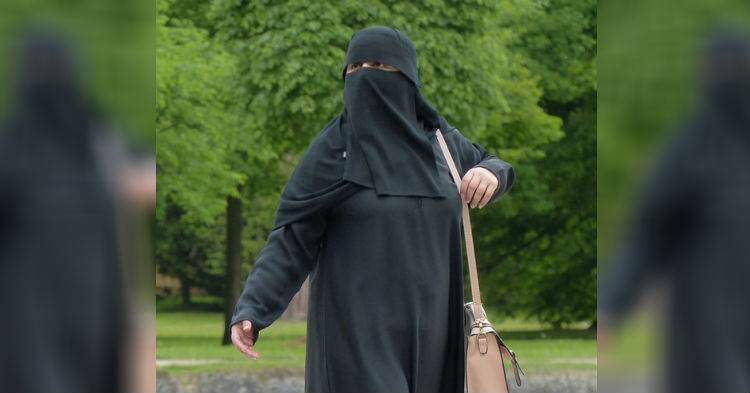 A ban on the Islamic veils was passed in the lower house of Swiss parliament on September 27 by a tight vote of 88 to 87. Since it passed in that part of the government, it now has to go to the higher chambers of the government in order to actually be enacted into law. Many people expect that it will be a controversial issue and will probably be put to a national vote.

The ban on veils was originally proposed by Walter Wobmann, a member of the Swiss People’s Party (SVP).

Wobmann is not a fan of immigration and was successful in 2009 when he pushed for a ban on the construction of mosque minarets in Switzerland. Now he thinks veils are the next thing that need to go if Muslims want to live in Switzerland.

“Veils are an attack on integration in a free society,” Wobmann said, according to The Independent. “The ban of religiously motivated coverings in public is proportionate and violates neither freedom of religion nor expression. It does not constitute discrimination.”

If the law was enacted, face veils would be banned in all public places except for religious site and a few other exceptions.

In order to speed up this ban, supporters need to get 100,000 signatures to force a referendum. According to an August poll, a shocking majority of 71 percent of Swiss citizens support the face veil ban.

Because it is a hot button issue, the Swiss parliament is expected to stall on it. This will leave the decision to a public vote.

Switzerland has about 8.3 million people in the country and only 5 percent of those are Muslim. Out of the country’s 350,000 Muslims, just a few actually wear burqas.

This controversy has grown because recent Muslim immigrants and refugees have struggled to integrate into socially liberal European society.

For example, some Muslim boys refused to shake the hands of their female teachers. They were issued fines for their disrespectful and sexist behavior.

Two Muslim girls refused to take a swimming lesson with male peers. They were denied citizenship because of their obvious refusal to adapt to the new society they just moved to.

Belgium and France already enforce a ban on burqas. Switzerland is behind on the times and is just trying to catch up.

“It is unacceptable that you can wear a hijab in a photo but not a cap,” Wobmann said, according to CNN. “This is not a question of religious freedom but of equal treatment.”

Do you think more countries should be stricter on Muslim immigrants?

Please SHARE YOUR REACTION TO THIS NEW LAW in the comments below!