Buddha's Forgiveness: The Tale That Teaches Us To Let Go Of Hatred

11:09 PM
shanka
Forgiveness is the only way to go back to being free people, to get rid of negative feelings and live well. It is certainly not easy, but we take inspiration from this fairy tale of Buddhism to draw valuable teaching from it.

Learning to forgive is fundamental not only for those around us but above all for ourselves. Who has a mind free of anger, frustration, hatred, is a happier person, not depressed. A fairy tale that should always be remembered is that of Buddha's forgiveness. The great masters of Buddhism have passed on to their disciple's teachings to better face life. 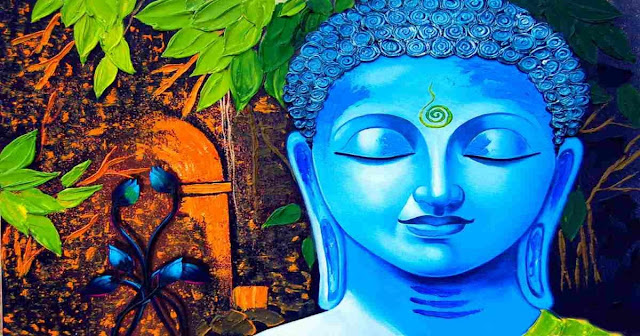 The forgiveness of the Buddha

It is said that Buddha had an evil cousin. The man was called Devadatta, he was always jealous and insisted on discrediting him.
One day, while Buddha walked in silence, Devadatta threw a heavy rock in his path with the intention of killing him. However, the rock fell next to Buddha and he did nothing.
Buddha sensed what had happened but remained impassive, without losing his smile. Days later, he met Devadatta again and greeted him affectionately. Very surprised, the man:

- Aren't you angry?
- No, of course not.
Without leaving his amazement, Devadatta asked him why.
Buddha said to him:
- Because neither you are already the one who threw the rock, nor am I already the one who was there when it was launched.
What does this fairy tale teach us? Who knows how to love forgives. And for those who know how to look beyond their noses, everything is transitory. Buddha teaches us not to remain tied to hatred and resentment because these negative feelings just hurt.
It is important to know how to leave bad experiences to the past because only through forgiveness can we go ahead and feel like people renewed.
at 11:09 PM