Home » »Unlabelled » 30 Albert Einstein Quotes That Will Open Your Mind

30 Albert Einstein Quotes That Will Open Your Mind

This article was inspired by 2spare.com| Albert Einstein was a theoretical physicist who had a huge impact on science after developing his theory of general relativity and special relativity.  After winning the Nobel Prize in 1921, Einstein solidified himself as one of the most influential figures in the history of science.

But just as much as he was known for his scientific accomplishments, he was also known for his wisdom, his wit, his insight, and his life philosophies.  He well-rounded brilliance has left its mark on humanity, and to this day his quotes are some of the most inspiring, mind-opening, and encouraging of all time.  Not to mention, he has a great sense of humour. 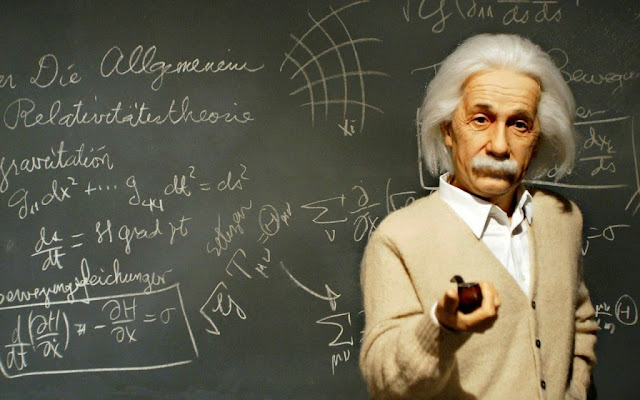 Here are 30 Albert Einstein quotes that will open your mind and make your day:

1. “Imagination is more important than knowledge. For knowledge is limited, whereas imagination embraces the entire world, stimulating progress, giving birth to evolution.”

2. “Great spirits have always encountered violent opposition from mediocre minds. The mediocre mind is incapable of understanding the man who refuses to bow blindly to conventional prejudices and chooses instead to express his opinions courageously and honestly.”

4. “The important thing is not to stop questioning; curiosity has its own reason for existing.”

5. “Science without religion is lame, religion without science is blind.”

6. “Two things are infinite: the universe and human stupidity; and I’m not sure about the universe.”

7. “Falling in love is not at all the most stupid thing that people do— but gravitation cannot be held responsible for it.”

8. “The most beautiful experience we can have is the mysterious. It is the fundamental emotion that stands at the cradle of true art and true science.”

9. “Anyone who has never made a mistake has never tried anything new.” 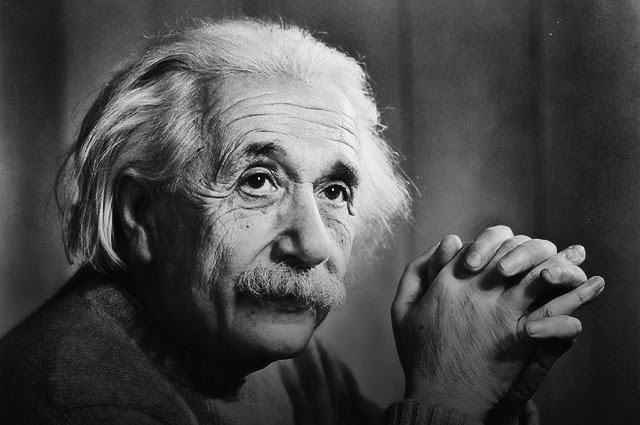 11. “The secret to creativity is knowing how to hide your sources.”

12. “The difference between genius and stupidity is that genius has its limits.”

14. “Pure mathematics is, in its way, the poetry of logical ideas.”

15. “Nature shows us only the tail of the lion. But I do not doubt that the lion belongs to it even though he cannot at once reveal himself because of his enormous size.”

16. “Only a life lived for others is a life worthwhile.”

18. “My religion consists of a humble admiration of the illimitable superior spirit who reveals himself in the slight details we are able to perceive with our frail and feeble mind.”

19. “Peace cannot be kept by force. It can only be achieved by understanding.” 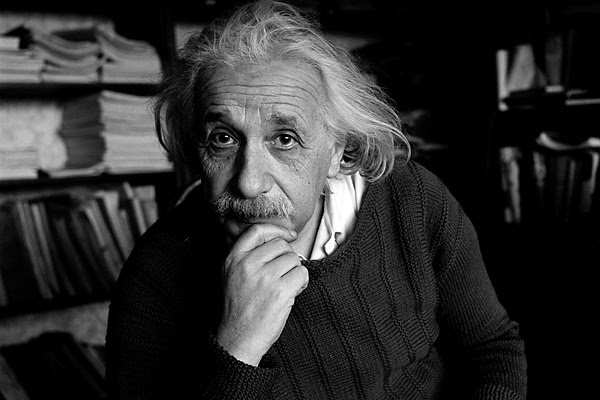 21. “Do not worry about your difficulties in mathematics, I can assure you that mine are all greater”

22. “In order to form an immaculate member of a flock of sheep one must, above all, be a sheep.”

24. “Reality is merely an illusion, albeit a very persistent one.”

25. “Truth is what stands the test of experience.”

26. “Life is like riding a bicycle. To keep your balance you must keep moving”

27. “Insanity: doing the same thing over and over again and expecting different results.”

28. “Human knowledge and skills alone cannot lead humanity to a happy and dignified life. Humanity has every reason to place the proclaimers of high moral standards and values above the discoverers of objective truth.”

29. “Few people are capable of expressing with equanimity opinions which differ from the prejudices of their social environment. Most people are even incapable of forming such opinions.”

30. “Common sense is nothing more than a deposit of prejudices laid down by the mind before you reach eighteen 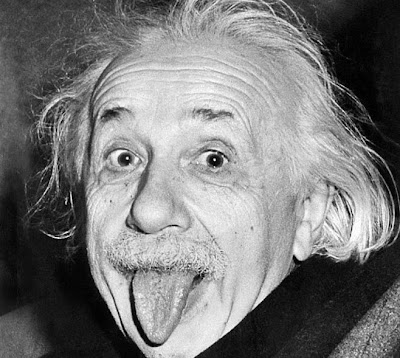 There are many many other quotes that could have made this list.  He is truly one of the most brilliant minds our world has seen.
at 12:44 AM