The first bill, ‘The Regulate Marijuana Like Alcohol Act‘, was submitted by Polis, and would act as a safety net for any state wishing to legalize cannabis, meaning they would no longer have to worry about intervention at the Federal level.

The second bill with the same name would tax cannabis at the Federal level, on top of any state/local taxes. 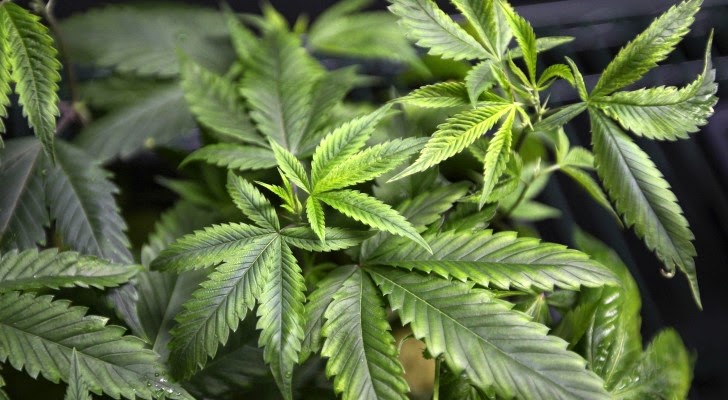 In what seems like a fast moving cascade for the cannabis legislation movement, four states have already legalized marijuana use for adults over 21 (Colorado, Washington, Alaska and Oregon), and 23 states (and Washington DC) allow medical marijuana use.

Following federal legalization, the Marijuana Tax Revenue Act would impose a federal excise tax on the sale of marijuana for non-medical purposes as well as apply an occupational tax for marijuana businesses. The bill would establish civil and criminal penalties for those who fail to comply, like those in place for the tobacco industry.

The Regulate Marijuana Like Alcohol Act would remove marijuana from the schedule set by the Controlled Substances Act; transition marijuana oversight from the jurisdiction of the Drug Enforcement Agency to the Bureau of Alcohol, Tobacco, Firearms and Explosives; and regulate marijuana like alcohol by inserting into the section of the U.S. Code that governs “intoxicating liquors.”

“Over the past year, Colorado has demonstrated that regulating marijuana like alcohol takes money away from criminals and cartels, grows our economy, and keeps marijuana out of the hands of children.

While President Obama and the Justice Department have allowed the will of voters in states like Colorado and 22 other jurisdictions to move forward, small business owners, medical  marijuana patients, and others who follow state laws still live with the fear that a new administration – or this one—could reverse course and turn them into criminals. It is time for us to replace the failed prohibition with a regulatory system that works and let states and municipalities decide for themselves if they want, or don’t want, to have legal marijuana within their borders.” Representative Polis

“It’s time for the federal government to chart a new path forward for marijuana. Together these bills create a federal framework to legalize, regulate and tax marijuana, much like we treat alcohol and tobacco. The federal prohibition of marijuana has been a failure, wasting tax dollars and ruining countless lives. As more states move to legalize marijuana as Oregon, Colorado, Washington and Alaska have done, it’s imperative the federal government become a full partner in building a workable and safe framework.” Representative Blumenauer

This is relatively massive news. A majority of the world has shown a tendency to follow suit with the U.S. with regards to drug policy, so this newly proposed Federal legislation only means good things for other countries of the world patiently awaiting cannabis reform.

What are your thoughts on this story? Share with us below!