The Lost City Of Heracleion !

9:44 PM
shanka
It’s not everyday archaeologists uncover a lost, ancient city, let alone one of such importance and significance.  A city shrouded in myths and legend, the lost city of Heracleion (Pronounced “Hera-klee-on”… or perhaps “Hera-see-lee-on”… which is more fun, but probably less accurate) has recently been found 30 feet under the surface of the Mediterranean Sea in Aboukir Bay, near Alexandria.

The city was first rediscovered by French Archaeologist Dr. Franck Goddio and his team who first saw signs of it in 2000, and began a long geophysical survey of the ruins and environment. 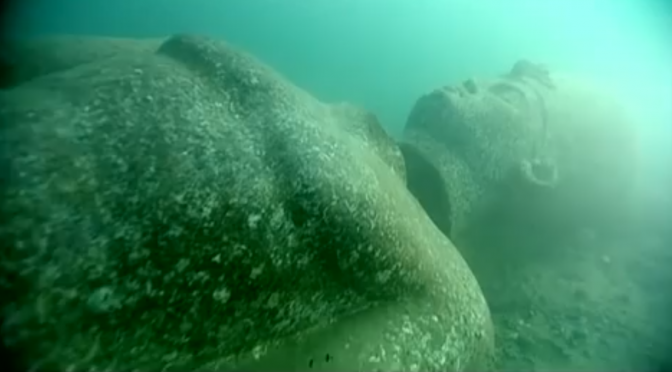 Since it’s discovery, many ancient statues and artifacts have been recovered, as well as much information about who we are, and where we came from in our early Greek & Egyptian Origins.


The following is an excerpt from Franck Goddio’s Website

”Thonis-Heracleion (the Egyptian and Greek names of the city) is a city lost between legend and reality. Before the foundation of Alexandria in 331 BC, the city knew glorious times as the obligatory port of entry to Egypt for all ships coming from the Greek world. It had also a religious importance because of the temple of Amun, which played an important role in rites associated with dynasty continuity. 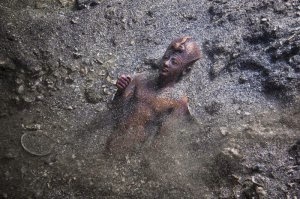 The city was founded probably around the 8th century BC, underwent diverse natural catastrophes, and finally sunk entirely into the depths of the Mediterranean in the 8th century AD. Prior to its discovery in 2000 by the IEASM, no trace of Thonis-Heracleion had been found. Its name was almost razed from the memory of mankind, only preserved in ancient classic texts and rare inscriptions found on land by archaeologists.


The Greek historian Herodotus (5th century BC) tells us of a great temple that was built where the famous hero Herakles first set foot on to Egypt. He also reports of Helen’s visit to Heracleion with her lover Paris before the Trojan War. More than four centuries after Herodotus’ visit to Egypt, the geographer Strabo observed that the city of Heracleion, which possessed the temple of Herakles, is located straight to the east of Canopus at the mouth of the Canopic branch of the River Nile.”

Here is another short video depicting one of the incredible statues that still remains intact as archaeologists sweep across it,  thousands of years later.

“The objects recovered from the excavations illustrate the cities’ beauty and glory, the magnificence of their grand temples and the abundance of historic evidence: colossal statues, inscriptions and architectural elements, jewelry and coins, ritual objects and ceramics – a civilization frozen in time. 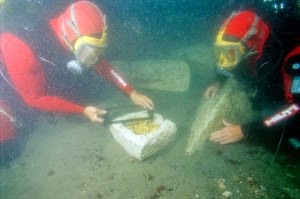 The quantity and quality of the archaeological material excavated from the site of Thonis-Heracleion show that this city had known a time of opulence and a peak in its occupation from the 6th to the 4th century BC. This is readily seen in the large quantity of coins and ceramics dated to this period.

The port of Thonis-Heracleion had numerous large basins and functioned as a hub of international trade. The intense activity in the port fostered the city’s prosperity. More than seven hundred ancient anchors of various forms and over 60 wrecks dating from the 6th to the 2nd century BC are also an eloquent testimony to the intensity of maritime activity here.”

To dive deep into Heracleion and her ancient mysteries, check out Franck Goddio’s website here.