10:37 AM
shanka
Bitter melon is a fruit that grows abundantly in Asia, Africa and the Caribbean. Traditionally it has been used to treat diabetes and other more mild diseases or illnesses.

More recently, bitter melon juice was shown to kill pancreatic cancer cells in vitro and in mice in a study done by the University of Colorado. Considering the results were seen in both in vitro and in vivo tests, the effectiveness of bitter melon juice in treating pancreatic cancer, and potentially other cancers, at a clinical level are promising.[1] 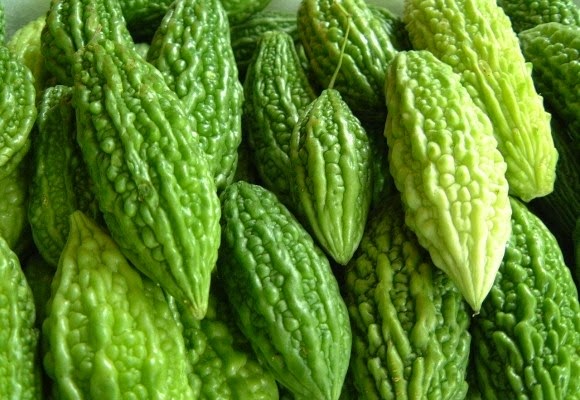 Pancreatic cancer is one of the most difficult cancers to treat due to the fact that it is often discovered late, leaving very little time to treat. Since traditional therapies (chemotherapy, radiation, surgery etc) were not showing promising results and littler advancement was being made, researchers have been looking elsewhere to find treatment.

Interestingly, cannabis, specifically cannabinoids, have been shown to induce apoptic (programmed) death of human pancreatic cancer cells in vitro and stop pancreatic tumor growth in vivo.[4] Cannabis is perhaps one of the most popular treatments being aggressively pursued right now given its promising results both in labs and anecdotally.

Many cancerous tumors have insulin receptors which move glucose to cancer cells helping them to grow and divide. Studies have shown that insulin encourages pancreatic cancer cells to grow in a dose dependant manner, since bitter melon has been shown to help regulate insulin levels, this could help prevent pancreatic cancer over the long-term.

The Colorado University study was led by Dr. Rajesh Agarwal. They examined effects of bitter melon on 4 different lines of pancreatic cancer cells (in vitro) and in mice. For the in vivo studies, mice were injected with pancreatic tumor cells and were randomly divided into one of two groups. One group of mice received water, which was the control group, and the other group was given bitter melon juice for six weeks.

Researchers studied the tumors at the end of the study and results showed that bitter melon juice not only inhibited cancer cell proliferation but also induced apoptosis (programmed cell death). Compared to the control, tumor growth was inhibited by 60% in the treatment group and there were no signs of toxicity or negative effects on the body. With toxicity and negative effects being a huge role in traditional mainstream treatments, this was positive to see.

In 2011, results of a four week long clinical trial were published in the Journal of Ethnopharmacology that showed modest hypoglycemic effects and significant fructosamine management for those taking 2000mg/day of bitter melon.

Another study published in 2008 in the international journal Chemistry and Biology indicated that compounds in bitter melon improved glycemic control, helped cells uptake glucose and improved overall glucose tolerance. This study was done in mice and led to promising advancements in treating diabetes and obesity with bitter melon.[4]

In contrast, a study published in the Journal of Clinical Epidemiology in 2007 did not show significant benefit of the treatment of diabetes by bitter melon but 2 years later in the British Journal of Nutrition it was stated that “more, better-designed and clinical trials are required to confirm the fruit’s role in diabetes treatment.”

Since that 2007 study, more studies have been done to show beneficial effects which perhaps was a result of better design.

When it comes to bitter melon juice, the current research available is showing strong results for specific types of cancer cell destruction, diabetes treatment and potential prevention of pancreatic cancer. Further research and clinical trials would be helpful to better understand how effective this plant can be and in what specific cases. It remains a very promising option that could be explored under the correct supervision.

Other Uses of Bitter Melon

Bitter melon has been used as a traditional medicine for a long time. It has been used to treat: colic, fever, burns, chronic cough, painful menstruation and skin conditions.[5]