Ebo-Lie Man Living In Ghana Confirms Ebola Is A Hoax!

11:59 PM
shanka
2
By Steven Bancarz| A statement made by a man in Ghana named Nana Kwame has rocked the internet in the last few days.   The following information needs to reach people.  We need to see Ebola for what it really is.  It’s time that the world wakes up to the agenda behind all of this hysteria. Here is what this man has to say about what is happening in his home country:

“People in the Western World need to know what’s happening here in West Africa. THEY ARE LYING!!! “Ebola” as a virus does NOT Exist and is NOT “Spread”. The Red Cross has brought a disease to 4 specific countries for 4 specific reasons and it is only contracted by those who receive treatments and injections from the Red Cross. That is why Liberians and Nigerians have begun kicking the Red Cross out of their countries and reporting in the news the truth. Now bear with me: 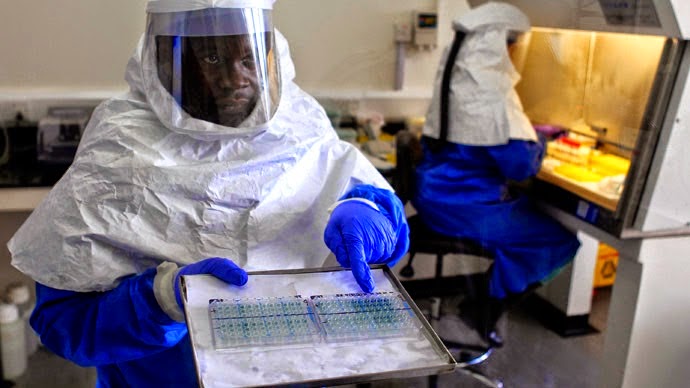 REASONS:
Most people jump to “depopulation” which is no doubt always on the mind of the West when it comes to Africa. But I assure you Africa can NEVER be depopulated by killing 160 people a day when thousands are born per day. So the real reasons are much more tangible.

Reason 1:
This vaccine implemented sickness being “called” Ebola was introduced into West Africa for the end goal of getting troops on the ground in Nigeria, Liberia, and Sierra Leone. If you remember America was just trying to get into Nigeria for “Boko Haram”. BULLSHIT.  But that fell apart when Nigerians started telling the truth. There ARE NO GIRLS MISSING. Global support fell through the floor, and a new reason was needed to get troops into Nigeria and steal the new oil reserves they have discovered.

Reason 2:
Sierra Leone is the World’s Largest Supplier of Diamonds. For the past 4 months they have been on strike, refusing to provide diamonds due to horrible working conditions and slave pay. The West will not pay a fair wage for the resources because the idea is to keep these people surviving on rice bags and foreign aid so that they remain a source of cheap slave labor forever. A reason was also needed to get troops on the ground in Sierra Leone to force an end to the diamond miners strikes. This is not the first time this has been done. When miners refuse to work troops are sent in and even if they have to kill and replace them all, the only desire is to get diamonds back flowing out of the country.
Of course to launch multiple campaigns to invade these countries separately would be way too fishy. But something like “Ebola” allows access to an entire area simultaneously…

Reason 3:
In addition to stealing Nigerian oil, and forcing Sierra Leone back to mining, troops have also been sent in to FORCE vaccinations (Deadly “Ebola” Poison) onto those Africans who are not foolish enough to take them willingly.

3000 troops are being sent in to make sure that this “poison” continues to spread, because again it is only spread through vaccination. As more and more news articles are released as they have been in Liberia, informing the populous of the US lies and manipulation, more and more Africans are refusing to visit the Red Cross. Troops will force these vaccinations upon the people to ensure the visible appearance of an Ebola pandemic. In addition to this they will protect the Red Cross from the Liberians and Nigerians who have been rightfully ejecting them from their countries.

Reason 4:
Last but not least, the APPEARANCE of this Ebola “pandemic” (should Americans not catch on) will be used to scare the countless millions into taking an “Ebola vaccine” which in reality is the pandemic. Already they have started with stories of how it has been brought to the U.S. and has appeared in Dallas, how white doctors were cured but black infected are not being allowed to be treated, etc.
ALL that will do is make blacks STRIVE to get the vaccine, because it appears that the “cure” is being held back from blacks. They will run out in droves to get it and then there will be serious problems. With all we have seen revealed about vaccines this year you would think we learned our lesson. All I can do is hope so, Because they rely on our ignorance to complete their agendas. 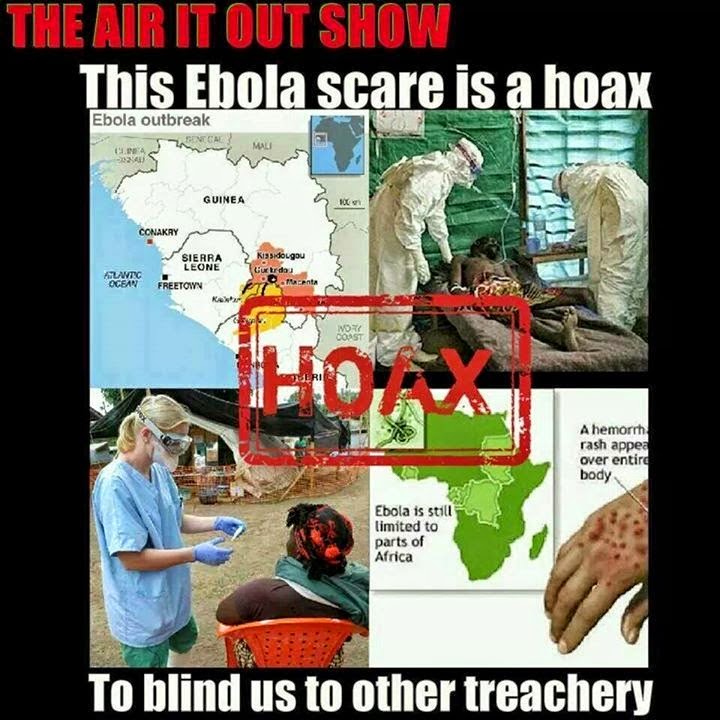 Ask yourself: If Ebola really was spread from person to person, instead of controlled spread through vaccination – then WHY would the CDC and the US Government continue to allow flights in and out of these countries with absolutely no regulation, Or At All? We have got to start thinking and sharing information globally because they do not give the true perspective of the people who live here in West Africa. They are lying for their own benefit and there aren’t enough voices out there with a platform to help share our reality. Hundreds of thousands have been killed, paralyzed and disabled by these and other “new” vaccines all over the world and we are finally becoming aware of it. Now what will we do with all this information?”

The original piece written by him can be found here.

A Liberian-born faculty member of a US university wrote an article on Liberian newspaper, the Daily Observer, claiming that Ebola is the result of bioterrorism experiments conducted by the US.
Dr. Cyril Broderick claimed, among other things, that “sites around Africa, and in west Africa, have over the years been set up for testing emerging diseases, especially Ebola.

“WHO and several other UN Agencies have been implicated in selecting and enticing Africancountries to participate in the testing events, promoting vaccinations, but pursuing various testing regiments,” he continued.

“Reports narrate stories of the US Department of Defense (DoD) funding Ebola trials on humans, trials which started just weeks before the Ebola outbreak in Guinea and Sierra Leone” Claims a report from International Business Times. 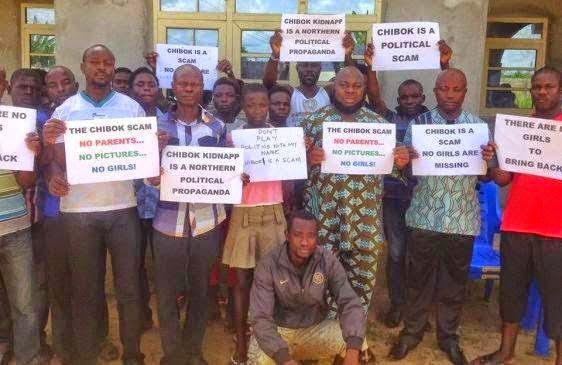 It also happens that the Ebola breakout coincides with UN vaccine campaigns.  Pharmaceutical and biotech industries will have profited handsomely from the ebola crisis when biodefense-research generals, high civil servants and UN bureaucrats sheepishly sign multimillion-euro R&D contracts.  It’s quite the coincidence that the earliest breakout in Guinea happened along side three major vaccine campaigns conducted by the World Health Organization (WHO) and the UN children’s agency UNICEF. At least two of the vaccination programs were implemented by Medicins Sans Frontieres (MSF, or Doctors Without Borders), while some of those vaccines were produced by Sanofi Pasteur, a French pharmaceutical whose major shareholder is the Rothschild Group.  Of course, the Rothschilds run nearly all of the worlds central banks and have a family network of around 500 trillion dollars.  They are the ones pulling strings on this planet, and they will only profit from this outbreak.

Now, I am personally no expert on Ebola, but history has a funny way of repeating itself.  Here is my prediction.  Expect a false flag attack in the US as a way to further contain/control the population and kill them off in the process.  The are going to announce an outbreak (which may actually the release of a chemical bioweapon, and not Ebola) and then they will start administering the Ebola vaccine to the population.  They may even try to make it mandatory.  DON’T TAKE THE VACCINE.  This is how Ebola will spread, and this is how the will justify occupying other foreign countries and establishing military bases there.  This is part of their globalist agenda.
Don’t think this is a conspiracy yet? Check this out:

Oops. Guess they forgot the cameras were rolling.  Now here is where it gets weird.  Did you know that the CDC has a patent on the Ebola virus?  That’s right.  The US government owns it.  As reported on NaturalNews, The U.S. Centers for Disease Control owns a patent on a particular strain of Ebolaknown as “EboBun.” It’s patent No. is CA2741523A1 and it was awarded in 2010. You can view it here.

Patent applicants are clearly described on the patent as including:
The Government Of The United States Of America As Represented By The Secretary, Department Of Health & Human Services, Center For Disease Control.

The patent summary says, “The invention provides the isolated human Ebola (hEbola) viruses denoted as Bundibugyo (EboBun) deposited with the Centers for Disease Control and Prevention (“CDC”; Atlanta, Georgia, United States of America) on November 26, 2007 and accorded an accession number 200706291.”

Why the patent? Patenting Ebola seems as odd as trying to patent cancer or diabetes. Why would a government organization claim to have “invented” this infectious disease and then claim a monopoly over its exploitation for commercial use?

Does the CDC hope to collect a royalty on Ebola vaccines? Is it looking to “invent” more variants and patent those too?

They think we’re stupid or something. 911 and Sandy Hook weren’t enough I guess. “Let’s patent a virus and test it out in Africa so we can occupy their land, secure oil supplies, and create hysteria back home so they all think they need a vaccination containing a live virus.” says the global elitists.  The Ebola story has all of the ingredients of a classic false flag operation.  If Ebola is real, why the “Ebola is real campaign”?  What’s up with that anyways?


Please spread this information.  Enough with the propaganda fed to us by mainstream news.  We have testimony coming directly from Ghana telling us that the outbreak is being created by Red Cross vaccinations.  This is a massive lie and manipulative effort by the US government for ulterior motives.

Sources: Listed within the article

About the author:  My name is Steven Bancarz, and I am the creator of Spirit Science and Metaphysics.  Thanks for reading this article! Please share it with your friends and family.  The world needs to wake up. - See more at: spiritscienceandmetaphysics