8:47 AM
shanka
If you’re a mom, you know that there is a special thread that runs from you to your kids that can’t be broken. This 98-year-old mom proves it. 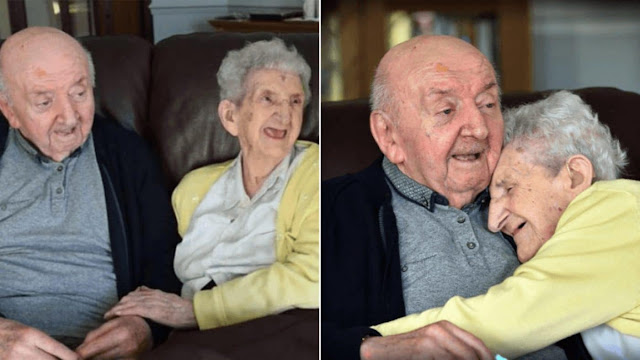 Do you remember reading the book Love You Forever and melting into a pool of tears? If you haven’t read it to your kids, oh my gosh. Anyway, the story we’re sharing today about a mom and her love for her son really pulls at those same heartstrings. It’s so similar. Here’s the real story of how the incredibly popular book came to be. Order a copy before you forget!

Ada Keating is 98 years old and a mother of 4 including her 80-year-old son, Tom. She was a young mom when she became pregnant with Tom, but she went on to become a registered nurse. Tom made his career as a painter and decorator. He never married and lived with Ada for most of his life.

When it became clear to Tom that he was no longer able to properly care for himself, he went into an assisted living center to get some help. Ada would visit him routinely, but she missed being with him so much that she decided to go ahead and move into the same facility. That way, they could be together all the time, and she could do what she’d been doing for 80 years – taking care of her son.

Now they both live in the senior citizen facility and she continues to care for her son. She wakes him up in the mornings and is the last to say goodnight. They play games together, watch TV and do puzzles. If he can’t find her, like when she’s getting her hair done, they say he wanders the halls looking for her. When he sees her, she said, he opens his arms wide.

“It’s very touching to see the close relationship both Tom and Ada share and we are so pleased we were able to accommodate both of their needs,” Philip Daniels, manager of the facility. “It’s very rare to see mothers and their children together in the same care home and we certainly want to make their time together as special as possible. They are inseparable.”

“YOU NEVER STOP BEING A MOM,” ADA SAID.

You know it, I know it, and our kids definitely don’t know it. They will when they have kids of their own.

It can’t be helped. A mother’s love is incredibly powerful, and nothing, not even age or illness or time, can change it.